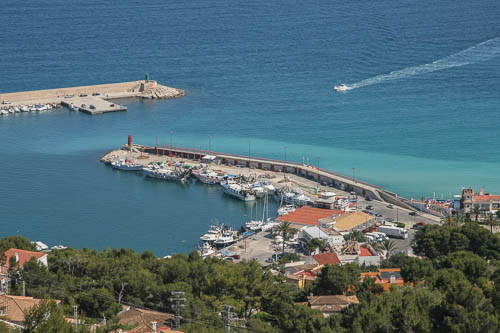 One of the three sections that make up the town of Javea, the port area is itself sub-divided into three distinct zones - the fish port by the entrance, the marina where recreational boats are parked, and the dam area on the eastern side of the port. Each day the Aduanas del Mar (the official name of Javea's port) buzzes with activity as fishing boats come in with their catch for the day, and people go about their business on the bustling promenade. But despite on-going development projects, the port area has managed to retain much of the rustic charm that has made it a favorite holiday destination. 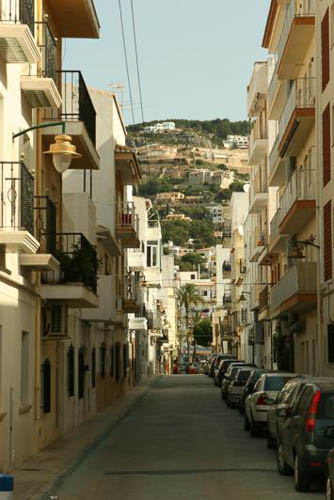 The port dates back to the 15th century and it was once a major hub for the export of raisins. Today it is still a functional fishing port where boats dock to unload their prized harvest from the sea, which go straight to the fish market. Fishing is a popular activity; every morning locals and tourists wielding fishing rods line the docks hoping to catch their lunch. One of the attractions of this port town is the Church of Nuestra Señora de Loreto. Many do not appreciate its modern design and structure, describing it as a concrete monstrosity from the 70s. But seen from the inside the oddly shaped roof makes a lot more sense. The ceiling inside the church is shaped like the hull of a ship, emphasizing the ties this once sleepy fishing town has with the sea. There is also the story of some local fishermen getting lost at sea in the middle of a furious storm. The fishermen got down on their knees and prayed to the Virgin of Loreto, promising to build a church for her should she deliver them from the tempest. Apparently the lady listened; the church was built in her honor. 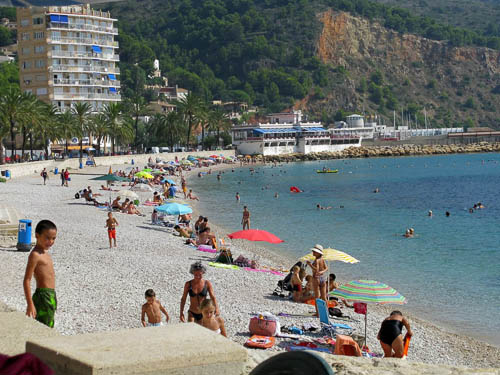 La Grava's pebble beach may not feature the fine sand characteristic of other beaches in the area, but it's still a popular attraction for which the Javea port area has become known for. The promenade that runs up the shoreline is a recent addition. Restaurants, bars and shops of all kinds line the walkway. Seafood are naturally the dominant menu items, but there are also some very unusual international dishes as well as some good tapas among the mix. There are also some art galleries, souvenir shops and even a couple of bookstores. 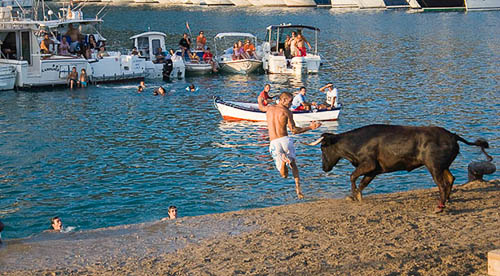 Festivals and celebrations also seem to be a natural, year-round feature of Javea's port area. Fiestas are often celebrated with processions, games, music, food and drink, laughter and firecrackers! One town fiesta even features a variation on the bull run. Young men taunt the bulls in a seaside pen. When the bulls charge, the men jump into the sea to try to get the bulls to fall into the water. Just inland behind the Javea port area, steep roads lead up to some marvelous villas sitting atop sheer cliffs. These offer incredible views of the port and the Mediterranean sea.