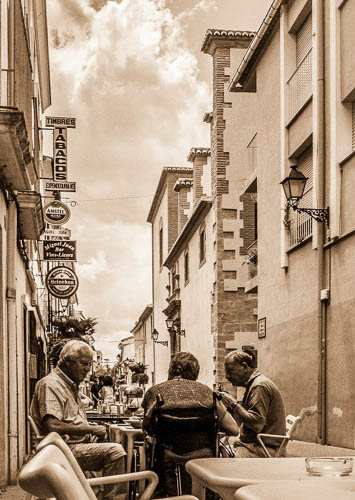 Javea, the old town, is one of the three distinct sections that comprise this popular holiday destination on Spain’s Costa Blanca. Javea sits just south of the imposing Montgo Mountain at the northern end of this 200 kilometer stretch along the Eastern coast of Valencia that’s famous for its crystal clear waters, white sand beaches and 300 days of fun in the sun.

The centerpiece of Javea’s old town is the church of San Bartolome, which dates back to the 12th century. The church is built out of a material known as “Tosca,” a type of rock that can be found in the depths of the Mediterranean Sea. This leads many to believe that at the time the church was constructed the rocks from which Tosca is obtained were available on land. The area around the church used to be a walled fortification that protected the locals from marauding pirates. The wall has long since crumbled, and today there are three stone crosses around the town that mark the sites of the original gates. 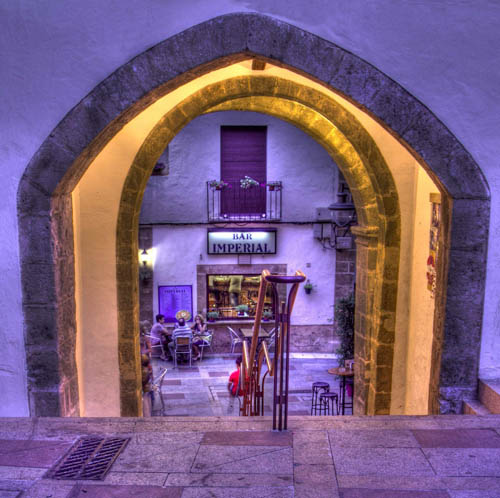 Surrounding the church are narrow Moorish-style pedestrian streets lined with shops, restaurants, bars and galleries. The narrow streets wend their way around the town, ultimately leading back toward the Plaza Mayor and the old church. Some of the streets get even narrower as many of the restaurants set up outdoor tables. One of the mainstays of Spanish cuisine is tapas, those nibbly bits that may be served cold, such as olives or cheeses, or warm, such as bits of pork or beef, or battered and fried squid, normally served with beer. Javea old town features many delightful tapas bars, each with its own special version of this traditional Spanish snack. 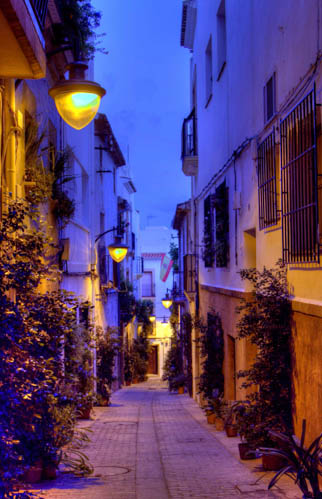 All around the old town the traditional whitewashed Spanish houses with their wrought iron grills give a sense of how medieval Spain looked in the olden days. Many of these old houses have balconies that provide a great view of the religious festivals and other events that take place all year round within the old town. Semana Santa (holy week) happens in April, and it’s a week of processions and other rites that culminate on Easter Sunday in a Feria de Artesanas, a street fair of arts and crafts by local artisans. Javea has its local version of bull running that takes place toward the end of April, and another one sometime before the end of June. The streets are lined with cages from which spectators can “safely” watch as the bulls are let loose to run the streets. The more courageous jump out of the cages into the path of the charging bulls, then jump back to safety at the last moment. A three-day International Festival also takes place in June, and Javea's cosmopolitan international community gets together to sell food and drinks from the respective countries.

The tourist information office back in the church square will be able to provide more information about the best places for sightseeing, shopping and dining, as well as pamphlets for a walking tour of Javea's old town.