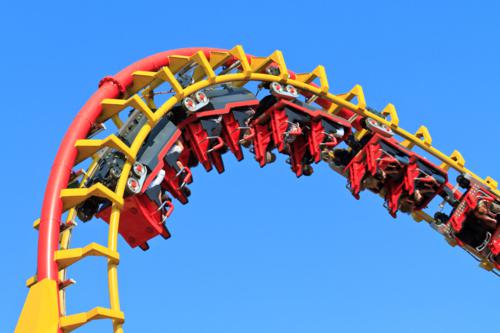 For those of you heading to Benidorm in Spain for your holidays, and looking for a good family day out. You could do a lot worse than check out Terra Mitica. Terra Mitica is one of Spain's most famous theme parks. It has rides for children as young as three and attractions that will make even the most surly teenager smile. The park itself is massive with many rides contained within, there is something here for all the family. The Terra Mitica is divided into seven areas. Each with its own distinct theme. There is an Egyptian themed part, a Greek themed part, an Iberian part, a Roman part, an Islands part and an Ocionía part. There is also the recently added Atalaya part, which contains obstacle courses for adults and kids.

And the décor and names of the rides in each part loosely fits with the theme of that particular area.

Rome- This part contains the Magnus Collosus. Which is a wooden roller coaster. And probably one of the most impressive rides in Terra Mitica. If alarm bells are wringing about riding on a wooden roller coaster, do not be too scared. It was a built to a very high safety standard by the Roller Coaster Corporation of America. There's also the El Vuelo del Fénix. Which means Flight of The Phoenix in English. This is a 60 metre straight drop tower, and can be very scary. There is also a scaled down version of this aimed at younger children nearby named the Ayquesustus. It has to be mentioned that there are scaled down child friendly versions of most of the major rides in Terra Mitica. The Inferno is also well worth checking out.

Greece- The Greek part contains the magnificent La Furia de Tritón. Which is a log ride with two very big drops. You will get wet on this part so be careful if carrying equipment that isn't waterproof. In fact, it may be worth taking a few small plastic zip-lock bags to wrap items like smart phones and cameras in for the water rides. For the young'uns there's the Arriarrix, which is a ride on the backs of unicorns.

Iberia- In comparison to the other parts of Terra Mitica, this part is a little dull, with only two carousel rides, both aimed at young kids.

Egypt- The Egyptian part contains another log flume ride, slightly smaller than the one contained in the Greek part. It has a child's log flume close by as well.

The Islands- This part has two more log flumes. One of which is possibly the best ride aimed at young children, the El Rescate de Ulises.

Ocionía and Atalaya- These areas of the park contain mostly outdoor activities such as paint-balling, obstacle courses and mazes.

The Ocionia area is also full of shops and restaurants, for those who want to stop for a bite to eat, or just relax with a cool drink in the sun. Its also the home of Puerto de Alejandria, which is a boat ride that travels the park. 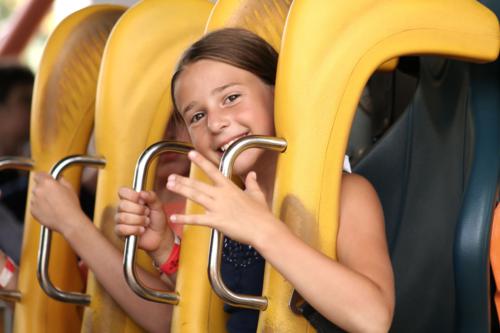 Terra Mitica is open most of the year. It opens its gates in early March and stays open until just before Christmas. So even if you've planned a late holiday to Benidorm you can still visit the park. And the weather is usually warm enough all year round. The park can often be better in the late summer to early autumn as there's less queueing for the rides. I is normal opening times are 10 am to 8pm, but during most of the summer it stays open until 1 am.

A season pass is only marginally more expensive than a two-day ticket, so if you are holidaying in Benidorm or Spain in general for long enough, it may be worth purchasing one. If you want to check out the park before buying a ticket, the Ocionía area is free access, and it also contains a 100 metre high viewing tower which should give you a pretty good impression of the whole park. And it's also a great way to check out the whole of Benidorm. It is also worth mentioning that there are numerous shows on throughout the year. If you check the yearly calender, you should be able to find when these shows are running and what they entail.