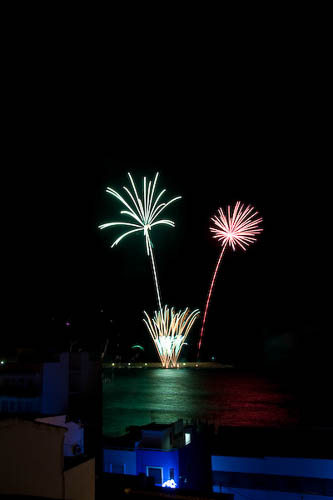 Javea's fiestas are a product of the zeal and passion with which the locals practice their deep and unshakable religiosity. To the casual observer, it would seem that the Javeans take advantage of every excuse to throw a party. But to the Javeans every single fiesta is an opportunity to demonstrate their unshakable and devout faith in God.

There is at least one fiesta celebrated every month. During the summer months and the Christmas season, there seems to be one each day! Here are some of the important and notable fiestas celebrated in Javea.

January is the tail end of the Christmas season, and this month is loaded with festivals. The first month of the year kicks off with the celebration of “Los Reyes Magos” – “The Three Kings.” A procession takes place commemorating the journey of the three wise men to the site of Jesus’ birth. A weekend festival takes place in the middle of the month in honor of San Antonio Abad, which starts off with the blessing of the animals and the handing out of “sacred” bread at the Plaza de la Constitucion at the old town. The month ends with a fiesta in honor of Javea’s patron saint, San Sebastian. 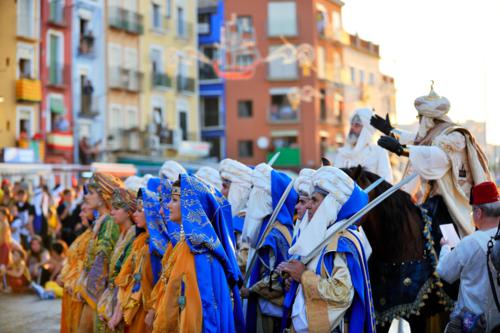 A carnival highlights the month of February. In the evening a fancy dress procession takes place, with prizes awarded to the best dressed. The night ends with some vigorous street dancing to a full orchestra and disco music. March hosts the curious “Entierro de la Sardina,” the “burial of the sardine.” The strange ritual is said to have originated during the reign of Carlos III back in the 18th century. A large shipment of sardines landed in the port of Madrid, the country’s capital. At a loss on what to do with all that fish, the government gave them away to the people. Unfortunately the sardines had gone bad, so the people had to bury them. The experience was so much fun it became a yearly event all throughout the country, including Javea.

An Artisan Craft Fair during the middle of April showcases the works of local artists and craftsmen. Then toward the end of the month leading into May, “La Semana Santa,” Holy Week, commemorates the passion, death and resurrection of Jesus. May also features the Fiesta Santa Cruz, where thousands of crosses made out of flowers are displayed in the streets. 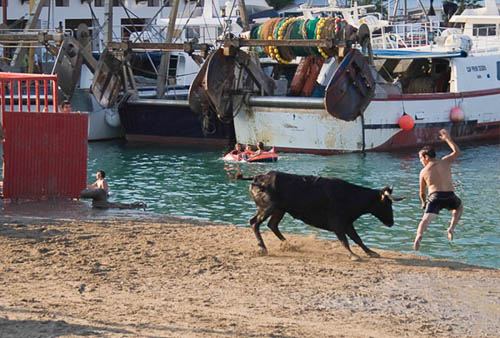 June is fiesta time in Javea, beginning with a sort of beauty and popularity contest, the "Proclamation of Queens" at the Plaza de la Constitucion. An International Festival during the middle of June offers the best dishes from around the world, as well as music performances by various international artists. The month closes out with the week-long fiesta of St. Joan, one of the most important festivals in Javea. There are numerous elaborate processions along the streets of the old town, and the days end with fantastic fireworks displays. The celebration isn't complete with the wild flaming horn bull run and the burning of the "foguera," papier mache statues.

July belongs to the Javea port area, and it starts with a week-long pilgrimage to the "Virgen del Rocio." One week later, a procession of fishing boats sets out to sea carrying an image of the Virgin Mary to offer flowers out in the middle of the bay. Another week later, the famous re-enactment of the battle between the Christians and Moors takes place out on the shore. This is a must-see for the awesome spectacle, the colorful costumes, and the history. 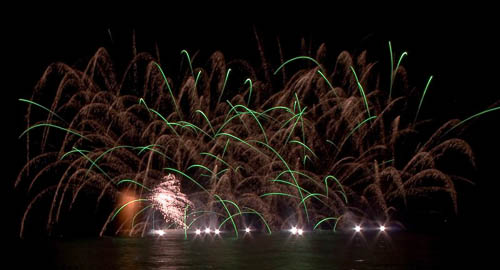 This year, more fiesta fun will take place at the port area from August to September as Javea celebrates "Mare de Deu de Loreto," in honor of the Virgin of Loreto, who is said to have once spared the lives of Javea fishermen caught in a storm out at sea. Masses, processions, bull runs, parties, games and all sorts of fun activities will make this two-month fiesta a whirlwind of festivities. October celebrates of The Day of the Valencian Community, commemorating the liberation of Valencia from the Moors by King James I of Aragon in 1238. Nightly fireworks displays lead up to this important fiesta.

December is the Christmas month, and it rounds off Javea's fiestas. Although Javeans celebrate in January (during the feast of the Three Kings), this month is nevertheless special. A giant nativity scene is set up in the old town, and colorful bulbs light up the town.