Gandia is one of Spain’s largest coastal towns. It can be found on the Costa del Azahar less than an hour’s drive from the bustling city of Valencia .The town was has a significant cultural and commercial history. Several famous poets came from here such as Ausias March and also the author Joanot Martorell. 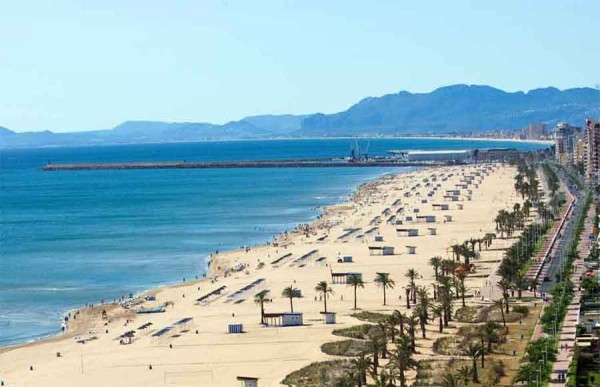 Gandia is home to over 80,000 residents and is a popular tourist destination, particularly in the summer months where holiday-makers arrive to soak up the sun, eat out, shop, and enjoy the thriving nightlife of the wealth of bars and clubs packed along the seafront.
The Landscape in this area is particularly beautiful with the town itself being set right in between the mountains and the Mediterranean sea. The beach is actually around a 2km walk from the town which means local residents can enjoy a degree of separation when tourist season descends upon them.
This part of the coast is made even more popular due to the 5km strip of gorgeous sandy beaches which attract sun worshippers and water sports fanatics alike. There is a sailing club as well as all the expected more modern facilities located in the marina area, where you can go on diving trips or try your hand at sailing or windsurfing. The climate is mild and warm, as to be expected in these parts, so the beaches are usually very busy in the summer months. For those who prefer a little history and culture however, there are plenty of beautiful buildings to admire such as the Ducal Palace, the Collegiate Church and the Old University, all of which can be attributed to the famous Duke Juan de Borja.
The centre of town is particularly charming and steeped in history which you can discover not only through its architecture but also by taking a trip to the Archaeological Museum where the prehistoric discoveries of the area are catalogued and displayed. 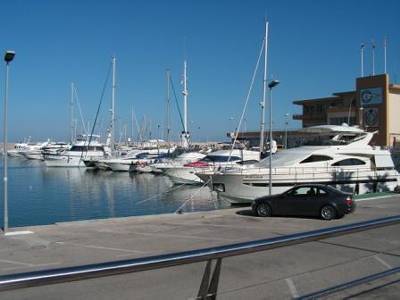 Gandía offers a great range of restaurants to suit every pallet and typically for a town in the Valencian coastal regions there is a focus on freshly caught seafood. The town’s most prominent speciality is "fideuà", which is made in the same way as paella, however instead of the traditional rice this dish is cooked with noodles. Of course if this doesn’t appeal then there are also delicious local dishes in abundance for you to taste, for example "a banda" (cooked in fish stock and served with garlic sauce), "arroz negro" (a dish made with squid ink) or the more traditional famous paella. You can also try whole locally cooked fish either baked, stewed, grilled or fried. The wines from Valencia and Utiel-Requena are also worth sampling.

As for festivals in Gandía, its most famous is La Fallas, which is held from 15 to 19 March. Easter weekend also sees the town transform with many exuberant celebrations taking place. The festival of the town’s patron saint, in honour of San Francisco de Borja, takes place between 29 September and 3 October. 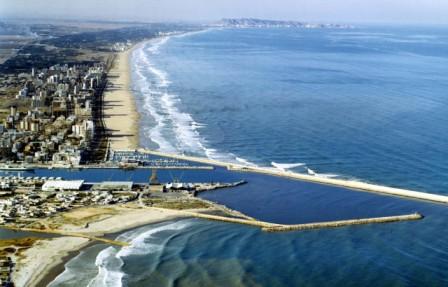 If you would like to go further afield, the county of La Safor has many pretty towns and villages and offers tourists plenty of exciting day or overnight excursions. Bordering Alicante is Oliva. Inland in the province, you will find breath-taking landscapes and monuments, for example Parpalló cave, an important Palaeolithic site, and host to beautiful examples of art of the period. Also why not take a trip to the Monastery of Nuestra Señora de la Valldigna, which was built from the end of the 13th century in the place where a statue of the virgin Mary was discovered.

Gandia is a pretty coastal town and the ‘capital’ of the La Safor county. The area is noted for its spectacular 5km strip of sandy beaches which, along with the temperate climate and calm seas, makes it a hugely popular destination for holiday-makers of all ages. The town offers plenty of wonderful architecture and a museum where you can  learn of its history. Further afield there are plenty of pretty smaller towns and villages to explore as well as the glorious countryside and breath-taking mountain ranges that surround it.