Christmas is a special time of year, and each country that choose to celebrate Christmas has its own distinctive customs and traditions which make it unique to them. The Spanish are no exception. Christmas is a widely celebrated holiday in Spain which lasts well into the New Year. 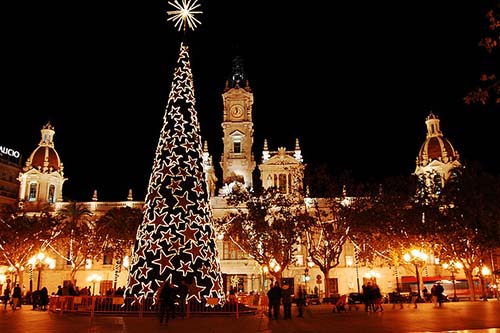 Unlike the UK signs of Christmas in Spain are usually kept at bay until after the first week of December. This is when you will start to see Christmas decorations in the shops and Christmas trees and nativity scenes in the windows of houses. Christmas is not as commercialised in Spain as it is in the UK. Residents prefer to focus on the religious meaning behind the holiday instead. The Virgin Mary is the countries patron saint and because of this Christmas is a deeply religious holiday for the Spanish. They particularly celebrate the cow as when Jesus was born in the manger it is told that a cow breathed on his face to keep him warm. A feast which is held on the 8th of December marks the beginning of the celebrations. It is called the feast of the Immaculate Conception. Each year a ceremony takes place in front of the Gothic Cathedral in Seville where an elaborate ceremonial dance is performed called “Ios Seises” which is translated as the dance of six.

The annual Christmas lottery is held on the 22nd of December and is extremely popular amongst the Spanish citizens. It is famous throughout the world as being the biggest lottery prize fund and the one with the best chances of winning. The Spaniards refer to it as “El Gordo” or, “the fat one”. Tickets are very expensive costing up to 200 euros and some people save up all year to buy some for their families. 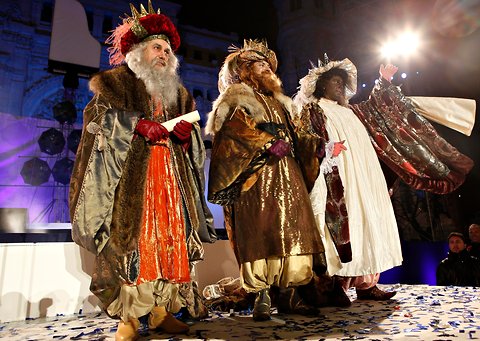 Christmas Eve is referred to as “Nochubuena” in Spain which means “the good night”. On Christmas Eve thousands of tiny oil lamps are lit across the country as each household prepares for the special dinner which is the main celebratory meal of the Christmas festivities. The festivities usually begin in early evening with families and groups of friends meeting for drinks in a bar before heading home for the meal. As is tradition the meal involves lots of courses and plenty of drinks and fun and laughter. After the meal people head back out to partake in midnight mass, and after this musicians and dancers take to the streets and perform a special dance called the Jota for the on looking crowds. The Jota is extremely historical and the words and movements of this dance have been passed down through generation upon generation.

Christmas day is a more sombre affair where people go to church and exchange presents. Swing sets for the children to play on are often set up outside in many towns and villages. This originates from ancient  rituals where people would try to encourage the sun. The higher the children swing the more they are encouraging the sun to soar ever higher in the sky. 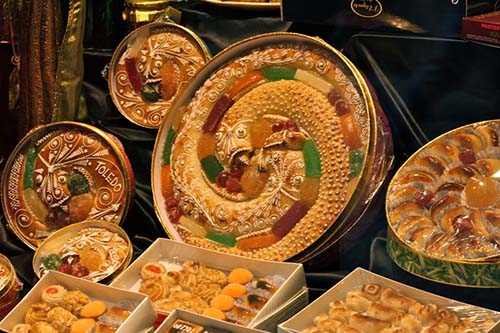 December the 28th marks the feast of the Holy Innocents. In this celebration young local boys from towns and villages set out to light the bonfires that have been made. A single boy from the group is chosen to act as mayor. He then divvies out chores for the rest of the boys to do such as sweeping the streets and clearing up rubbish. If any boy refuses to take part, fines are given which are then used to pay for further celebrations.

During the Christmas period there is also a great focus on the journey of the three wise men. It is believed they arrived on the 6th of January to present their gifts to Jesus. Because of this the tradition in Spain is on the evening of the 5th of January for the children to leave out shoes which are stuffed with straw or barely which will help the weary camels through the night. In the morning, the straw is gone and  hopefully instead has been replaced with sweets or presents!

Christmas in Spain is a joyful holiday filled with music, food, laughter and dance. Though the celebrations tend to begin a bit later, the Spanish customs are a delight to behold. The main celebrations take place on Christmas eve, with a huge meal, midnight mass, street music and dance that goes on well into the night so be prepared to stay up late. The Spanish tend to then enjoy a more peaceful Christmas day  where children are encouraged to play and gifts are exchanged between family and friends.